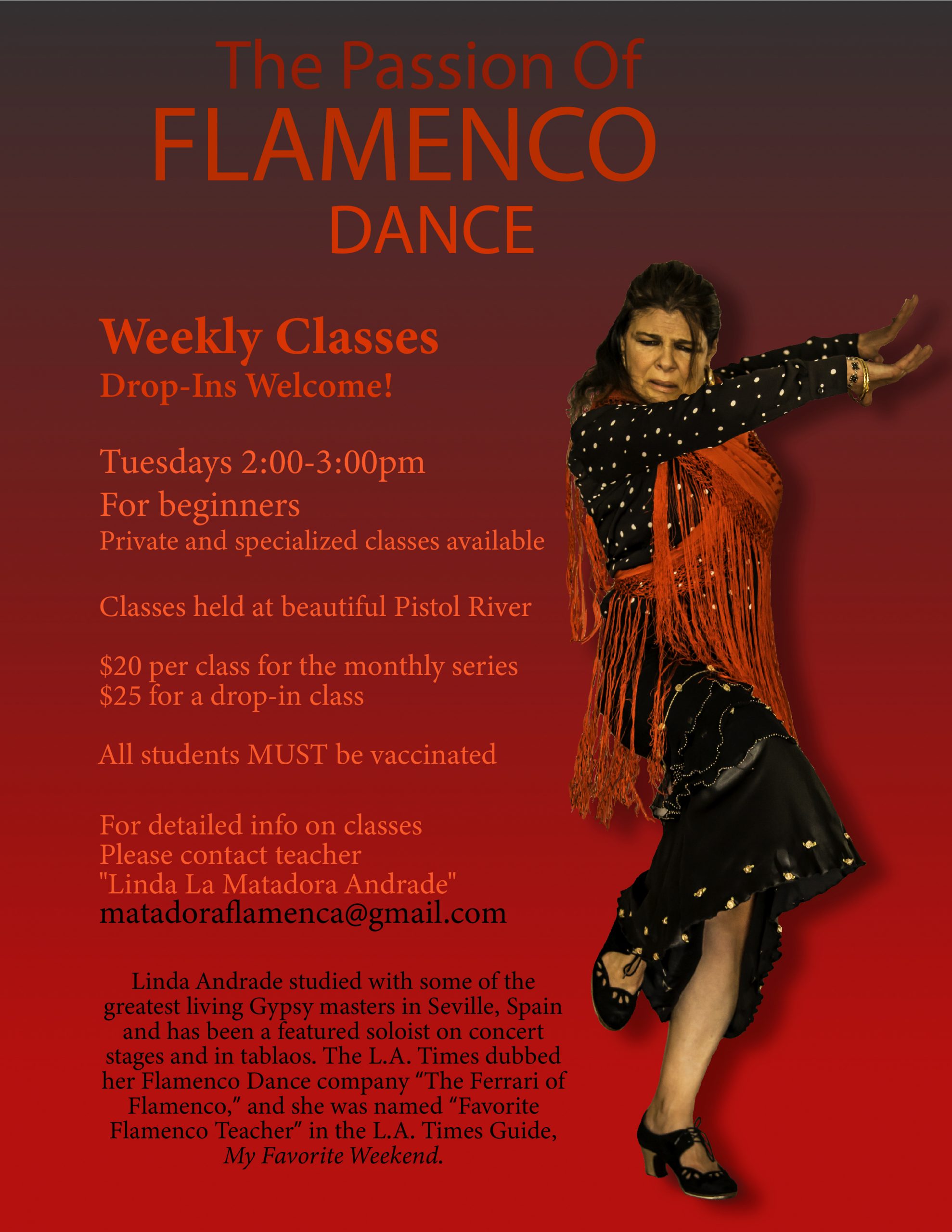 Linda “La Matadora” Andrade was born in Los Angeles. Her flamenco studies began in this country. She eventually moved to the south of Spain, immersing herself in the purest form of flamenco, which has been kept alive by Gypsy families. There, she had the opportunity to study with some of the greatest living masters of the art. Her love of flamenco “puro” is reflected in her style of dance and teaching.

Ms. Andrade is Artistic Director of Sakai Flamenco, a performing ensemble composed of some of the finest traditional dancers and musicians in the U.S. The company performs year round, and gives educational performances and workshops for The Music Center of Los Angeles County.

The critically acclaimed film, Kumpania Flamenco Los Angeles, which won the Audience Award at the Madrid International Film Festival 2012, is dedicated to her. Ms. Andrade founded and directed “The Art of Flamenco” dinner show at Sevilla Restaurant in Riverside, CA, which The Los Angeles Times dubbed, “The Ferrari of Flamenco” in Southern California. She has been a featured soloist on concert stages and in tablaos. In addition, Ms. Andrade has worked in theater and on screen. Some of her credits include co-starring roles in several award-winning plays by Federico Garcia Lorca at the Bilingual Foundation of the Arts, directed by Margarita Galban and produced by Carmen Zapata. She co-starred at the Fountain Theater in Hollywood as “Elena” (Helen of Troy) in the critically acclaimed Women of Guernica, a Flamenco-style adaptation of Euripides' Trojan Women. Her film credits include a featured role in The Disappearance of Garcia Lorca, with Andy Garcia & Miguel Ferrer. Ms. Andrade was named “Favorite Flamenco Teacher” in the L.A Times Guide, “My Favorite Weekend.”

La “Matadora” currently devotes her time to teaching the art of Flamenco dance to students of all levels and abilities.

"Matadora's choreography is subtly crafted to experience the moment between movements, the small spaces allowing one's own soul, personality and connection with the music to come through. With Linda you don't just learn steps, you learn how to dance."